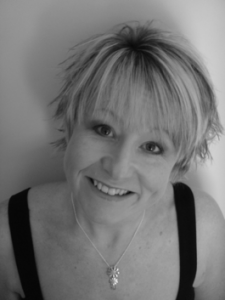 Denise is the principal and director of Dizzyfeet and she has been teaching dance to children of all ages for the last 21 years.  She is trained in Tap Dance, Ballet, Modern & Street Jazz and Musical Theatre.  In addition to her training she is also a licenced Zumba® Fitness, Zumba® Kids and Aqua Zumba® instructor. Denise is a former pupil of the Billie Barry Stage School and is a regular performer onstage having been in various musicals such as Joseph and the Amazing Technicolour Dreamcoat, Anything Goes, Singing in the Rain, A Chorus Line, Hot Mikado, Some Like it Hot, West Side Story and 42nd Street. 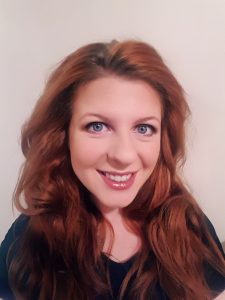 Kat joined the Dizzyfeet team in 2016 after teaching at our series of Summer Camps, bringing a wealth of experience to our classes.

She began singing and dancing at a very young age and attended a number of classes in various styles of dance throughout her childhood and teens. At the age of 15, Kat performed in her first musical, 7 Brides for 7 Brothers and since then has performed a number of roles including Mary Magdalene (Jesus Christ Superstar) Wendy-Jo (Irish Amateur Premier of Footloose) Connie McKenzie (A Chorus Line) and Lucinda & Stepmother (Into The Woods).

Kat graduated from the University of Sunderland in 2014 with a BA Hons in Dance and Musical Theatre and since then has set up her own performance academy.

She also works as a children’s entertainer and can regularly be found in shopping centres and at corporate events around the country performing with Angelina Ballerina, Fireman Sam and Barney.  Kat adores working with the incredibly talented children (and teachers) of Dizzyfeet and is so happy to be a part of the Dizzyfeet family. 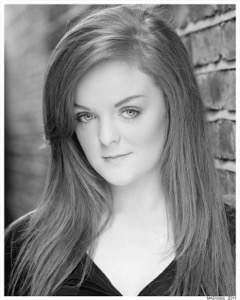 Lea started dancing at the age of 3, training in all styles. When she was 20, she was awarded a Full Scholarship to Bird College in London, where she studied professional musical theatre for 3 years. Since graduating, Lea has worked as a Dancer and Choreographer all over Ireland. She has performed with June Rodgers for the past 5 years in her Christmas show. Last year she took on the role of choreographer, and this year will once again take on this role at the new venue “Taylor’s Three Rock”.
She also worked for 3 years as Dance captain on board the Oscar Wilde for Irish Ferries. TV credits include; Penny Dreadful season 2 and 3, Vikings, Republic of Telly, Holby City, Christmas with Daniel O Donnell, and The Man who invented Christmas.

As a choreographer, Lea has worked with numerous Stage and Theatre Schools throughout Ireland. She has choreographed for Irish Musical Societies for the last 4 years. Shows include All Shook Up, Ragtime, Me and my girl, The Addams Family, Jesus Christ Superstar and 9 to 5. Lea has also been nominated for a national AIMS “Best Choreography” award twice, in 2015 and 2017, for her work on Clara MS productions of Evita and Cats.  Lea loves teaching and is delighted to be a part of the Dizzy Feet team.